While the entire city of Alexandria seems to be thriving in terms of growth, the West End is undergoing a particularly impressive development boom. From public schools, to shopping malls, mixed-use sites, and more, here’s a rundown of the most exciting development projects happening in the West End. 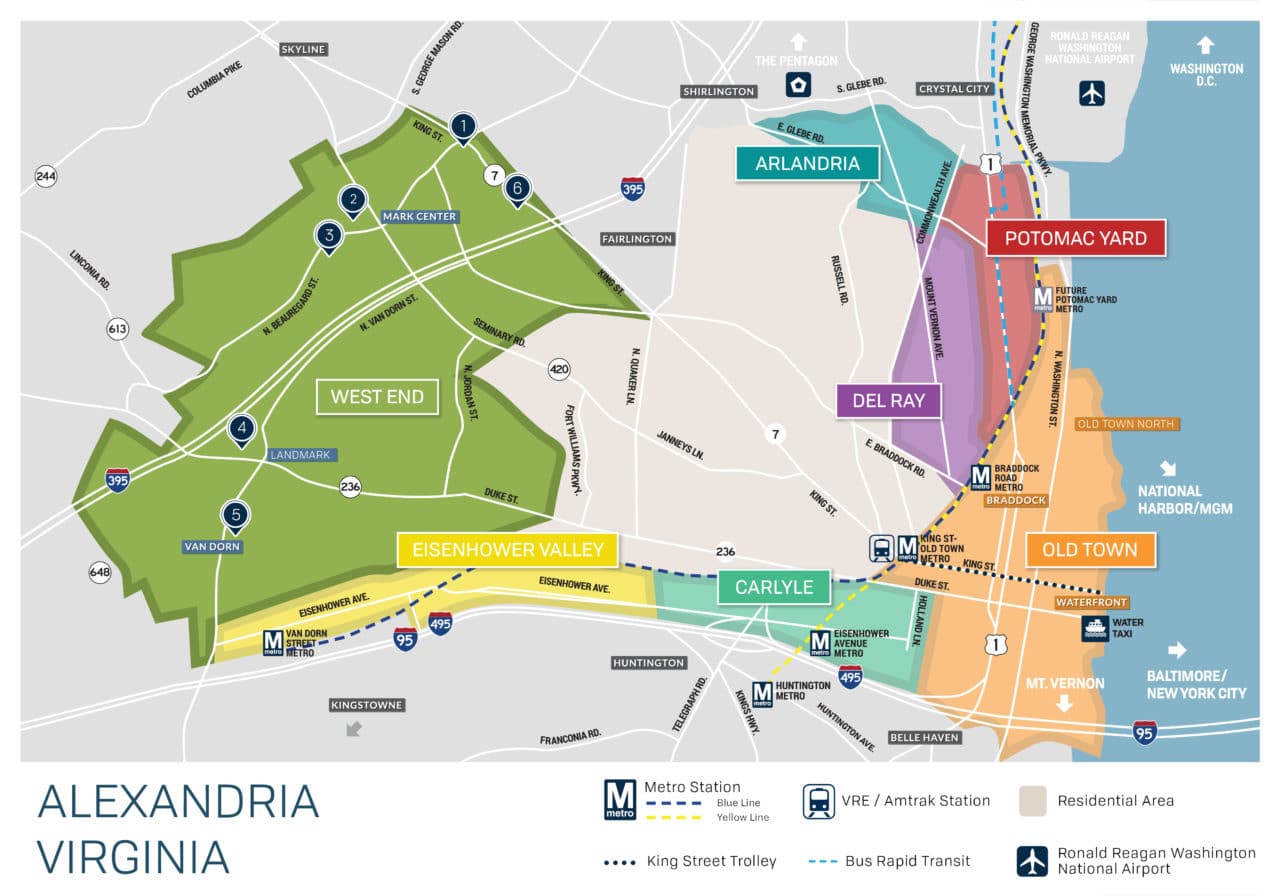 The Gateway Alexandria, 4600 King Street
Development plans are being finalized for the 5.2 acre mixed-use site in the location of the first Five Guys restaurant and former Jefferson hospital and medical offices. In late 2016, Weingarten finalized the purchase of the 585,000 SF site by Abrahamson Properties. Plans for the site are approved for 110,000 SF of retail, including a 62,000 SF Harris Teeter, and 348 luxury apartment units including 74 affordable homes. 87,000 SF of office space will also be developed as part of the project. Development could start Q1, 2018.

1701 N. Beauregard Street
Alexandria City Public Schools embarks on its first office-to-school conversion on the West End at 1701 N. Beauregard Street, an office building formerly occupied by the American Diabetes Association, which moved to Crystal City several years ago. Purchase of this 100% vacant office building was completed earlier this spring for $15 million from the special servicer C-III Asset Management. The school hopes to accommodate elementary school-aged children by school year 2018-2019.

Landmark Mall
Landmark Mall is moving forward with redevelopment plans. Howard Hughes now has ownership of the Macy’s site and is finalizing negotiations with Sears to acquire their site. The mall officially closed on January 1, 2017. Howard Hughes is working with Cooper Carry to redesign the 52-acre site with the focal point entrance at the intersection of Duke & I-395. Sears will be reincorporated in a small format in the mall. The City is participating in the form of Tax Increment Financing.

eLofts, 4501 Ford
The formerly BRAC occupied defense contractor building has been converted into eLofts, a live/work concept with ample community space. The luxury lofts can be easily configured for use as a home, office, or both.

Greenhill Properties at South Picket, Van Dorn, & Edsall
Greenhill has proposed plans for a new Coordinated Development District of 7 parcels totaling 3.1 million SF. Plans call for a network of new streets with a mix of commercial, residential, and retail uses, and a new public square. A multi-modal bridge is also planned to connect the development over the train tracks to Eisenhower Ave. This is a 5-10 year multi-phased plan encompassing 24 acres. Greenhill is working with the City on a concept plan which proposes 2400 residential units, a 150 key hotel, 300,000 SF of retail, 200,000 SF of office, and cultural/community uses.